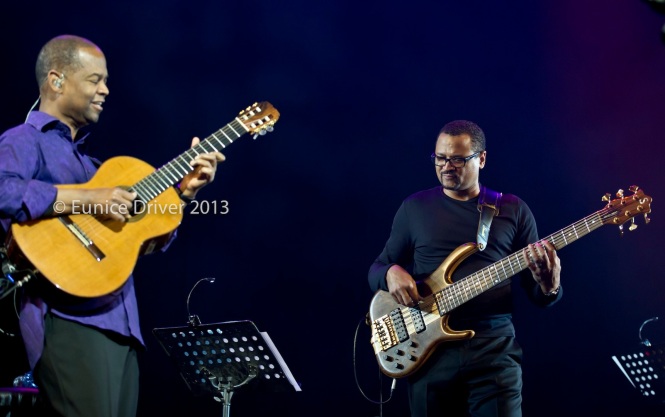 Earl and Al on stage at the Lyric Theatre, Johannesburg, SA

Our good friend and R.Cocco user, Al “The Burner” Turner, traveled to South Africa and performed with Earl Klugh at the Lyric Theatre in Johannesburg on May 17 & 18, 2013.

The Lyric Theatre, luxuriously styled with 1100-seats, reminds one of the opulence of the world’s great opera houses with its plush fittings and rich atmosphere. A great place to catch some great music! 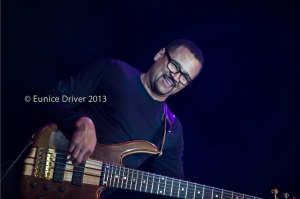 According to Al, Earl Klugh and the band did not disappoint with two fantastic shows in Johannesburg for the many Earl Klugh fans in SA. The band were Al Turner (electric and upright bass), Ron Otis (drums), David Lee (keyboards), Tom  Braxton (sax) and lead by Earl Klugh on guitar. Both performances received many great comments including one about a duet that Earl and Al played together. (Anyone have a video of that duet!)

Earl is releasing his third solo album on 4th June 2013 entitled, “HandPicked.” It’s a solo guitar album of standards and originals, with a few duets between Earl and some of his favorite string players: Vince Gill, Jake Shimabukuro and Bill Frisell! 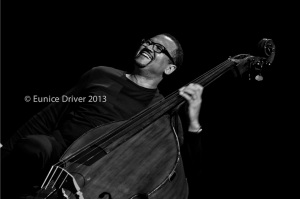 Read more about the Earl’s new album and his upcoming 2013 tour dates on his Facebook page.

We’ll see you in New York City this summer, Al!